Resolution: One bite at a time 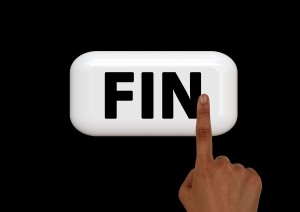 One mistake that rookie writers make is to cut straight to the resolution after the climax. Clean breaks in a story are not realistic. Humans crave closure after big events. It is not enough to break up with someone; the status quo is that a person needs closure to heal their broken heart. Humans have made closure an essential on the way to happiness. American endings harp on closure. Decide whether you want your conclusion to be genuine or popular, not unlike Cady Heron’s fate.

Not all endings can be European
The resolution in Mean Girls is when Girl World, the shared reality of all teenage girls within the same vicinity, is restored without a social hierarchy. The North Shore girls are all supposed to get along in theory. While wildly implausible, Americans do not appreciate what is called a European ending. Characterized as a more realistic ending than the saccharine ones of Hollywood. American ends must leave everyone smiling and a little sad the journey is over now.

The limit does exist
If Mean Girls had a European finish, the social hierarchy would still exist, maybe not as intensely. Cady would certainly not act as Aaron Samuel’s hometown beard as he navigated Northwestern: college boys do not date high school girls after Thanksgiving. Make sure your ending has common sense involved. Secondary schools thrive on the social caste system and would mostly be lost without it.

Takeaway
Your protagonist cannot have their cake and eat it too. They must fully change or not at all for an American ending. A European ending is more balanced, but not as popular.