Make Your Social Media Take Off 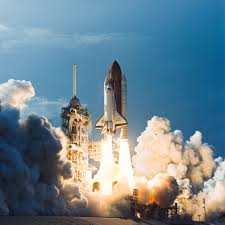 You work on keeping Twitter feed relevant and regularly update your business Facebook page. Your website has fresh content, so what is the problem?  The good news is that everything is possible with persistence.  On the other hand, not every product or service is meant to take off. It may be hard to hear, but some products cannot find a large or niche audience.  There is the joke about the solar panel flashlight  or metal detecting sandals once being the net great thing. All products or services simply have to find the right customers. The singers on YouTube desperately want to be discovered. They are putting themselves out there and that at least moves them forward. The same should be true for any business out there that wants to gain traction in the marketplace. You must put yourself out there no matter the results for a sustainable length of time.

Ask yourself the following questions as truthfully as possible:

Who is coming first, your clients or your ego?

No one likes to be sold to. Consider how TiVo has made it easier to forward through commercials. If you are so in love with the idea of your product or service that everyone is a potential customer, then your ego has come first. If you understand that your audience has other competitors in their ear and you should stand out by best serving their needs, then your clients come first. Address their needs first and you can make all forms of social media relevant. One caveat, however, do not start your tweets or updates by asking a question.  This will come across as twee or trying too hard.

Are the pain points of your clients carefully considered and targeted?

Analyze what makes your clients tick. In my business, my clients want their content to be relevant and easily searchable. When I was doing restaurant financing SEO articles, I understood that the pain points of my clients included secure funding that would not use their houses as collateral. They want a loan that was easy to get and would not ruin their personal finances if their establishments did not work out as expected. All articles focused upon that need. Established restauranteurs would not be searching for this information, but the new ones would. The agency I worked for carefully targeted that audience to be one of the most successful campaigns in their history.  You can do the same with yours. Understand pain points and focus on a reasonable solution.

How much time are you really putting into your social media?

There is investing time in the online reputation of your business and then there is not taking it seriously. To properly invest in social media, you can put in time every day or have a social media day as some of my clients do.  This means composing tweets or having a writer do it, upload it to services such as hootsuit.com or any of several other services. Does this mean you are done? Not at all. You have to interact with your followers, send DMs,  and let others know you appreciate their acknowledgment.  You can buy some followers and have them slip away months later. In the process, this seems unsavory to your other followers.  Invest in getting to know who your visitors are and listen to what they have to say. Not everyone in the social media world is friendly.  Some are plain awful while others can be supportive. Don’t post and walk away. Interact.

Twitter can be intimidating. Its mascot, the silly blue bird, reminded me of a china doll in a horror movie. I didn’t know what it was going to do to me or my business, but I knew I had to keep my eye on it. My anxiety centered on my cluelessness on what to say and have it read as witty.
After reading a few books and articles, I began to understand Twitter in a new way. It is a microblogging site and as an experienced blogger, this seemed doable. I usually post to my personal blog  about once a week and to be noticed on Twitter you need at least three tweets a day. Even to an experienced writer this is intimidating.

When I wrote my first business book I surrounded myself with Forbes magazine and all things commerce. I researched for days, so, for Twitter, I did the same. Feeds were analyzed and read for clarity. Some were funny and others were lame. The ones I liked best were marketing themselves in a subtle way. In contrast, the ones that announced themselves like used carsalesmen turned me off.

Twitter feeds reminded me of the Emily Dickinson poem I read in high school.

How dreary – to be – Somebody!
How public – like a Frog –
To tell one’s name – the livelong June –
To an admiring Bog!

I decided right away to make my feed as useful as possible. Out of my four tweets a day, one would be a pitch while the others had to be useful, even in the most mundane way. Simple things like the difference between You and Your. It may help someone or at least not sound like random croaking to the admiring bog.

My hard sells would be simple and to the point. I wanted to advertise my wares, but also be aware that I had to do this with dignity. One line of pitch should be enough once a day. If it still seems intimidating, just remember these three points:

1. Divide your expertise into seven topics.
I do schools, editing and several others.

2. Pick times to consistently tweet.
I dedicate my ten o’clock  tweet to #newteachers for my guide on the first year of teaching.

3. Get familiar with Hootesuite.
This is a lifesaver and it is free!

Feel free to follow me @sirenpub where I dole out more advice three times a day. Good luck!